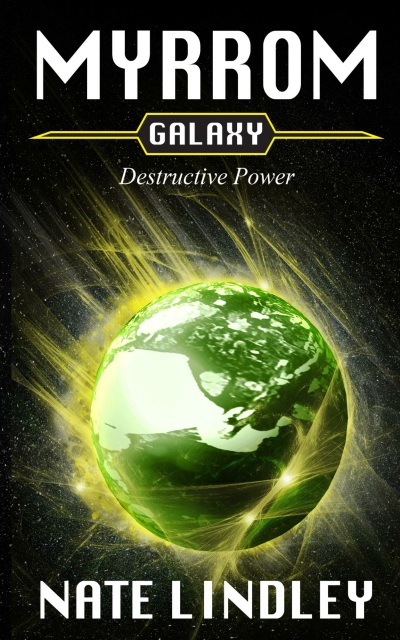 The first published work by Nate Lindley in 2013

The unexpected arrival of a powerful substance, called myrrom, sends a world where fantasy meets sci-fi down a road of destruction. A band of heroes from different worlds overcome their differences and find trust in one another as they struggle against unimaginable odds to save the world.

Blessed with the ability to see into the brief future, Atok survives a catastrophic crash onto an unknown world. As Dunjar chaplain Atok walks a fine line between war and peace. Presented with the choice of immense power, Atok chooses to fight against the swelling forces of destruction and save this new world.

Princes Lenna nearly falls victim to an assassination attempt. But she cannot waste time pursuing her attacker, an even greater threat has awakened. She must save Andel before it is falls to myrrom-empowered forces of darkness.

The ancient order of The Paladins have been dwindling. As one of the few remaining members, Merric holds to his sworn obligation to fight evil and protect the innocent. Now that myrrom has stirred evil throughout Andel, he finds a new ally in his quest to vanquish evil.

His name strikes terror throughout all Andel and his mindless warriors do his bidding throughout Roen. Armed with dark, necromatic powers, Borel has only grown stronger with the arrival of myrrom. In his hands he could corrupt and control every withering life form.

Dunjar special forces are not born, they are made - literally. Gorrangk is a bio-engineered marine. Fused with the DNA of the Dunjar legend, Rangk, Gorrangk is set bringing Dunjar conquest wherever he lands. In this new world, however, he is faced new and mysterious magics that will forever change him.

Kazin is revered throughout Andel. As a former savior of Andel and comrade to the king, he has battled savage beasts and laid waste to countless evils. However, being keen to the magical forces entrapped in myrrom, Kazin immediately mesmerized by it's power and wrestles with an internal darkness.