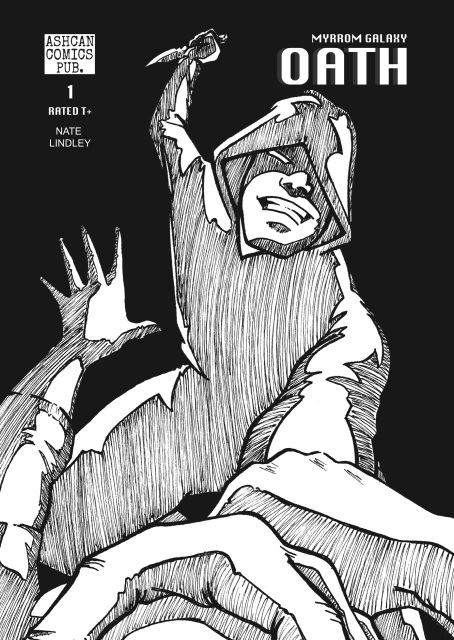 Myrrom Galaxy: Oath, issue 1, is a work of art created by Nate Lindley.

This comic will never be reprinted. Only 100 were made. Each is signed and numbered.

Here it is in it's raw, true form. The very first comic ever made by Nate Lindley and the first comic ever published under ACP. It may not be as polished as Lindley's later works, but this is where it all began!

Dwaine Oakson finds himself faced with mortal danger – the moment that will forever change his life. Oakson explains the events that first led him to become Earth’s mightiest defender, Oath.